How big does a hill have to be?

How big does a hill have to be
before it becomes a mountain? 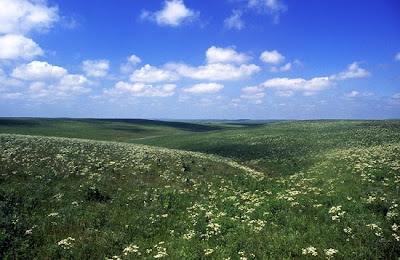 You would think that there should be a simple answer to this. There is sort of a simple answer. Hills are less than 305 metres above the surrounding area, and have to have a distinct summit or point. but they are not just small mountains. It has to do with how hills were formed.
A hill has to be constructed from loads of built-up rock or sand that has been put there over the years. Or a hill can be as big raised bump in the earth that has then worn down.
A mountain, though, has steep slopes and sharp or rounded peaks or ridges. And mountains often have more than one climate zone, which means that plant life that grows at one altitude won't grow at the next.
Mountains form in lots of ways. Some are volcanoes, which means that after each eruption more layers of hard lava build the mountain. Some have been created because of folding and uplifting of the earth.
So it is possible to have a hill that is higher than a mountain - it depends how it was formed. But after 305 metres, it is called a mountain no matter how it was formed.
So it IS possible to make a mountain
out of a mole hill!
Posted by Lori at 7:30 AM