Once at a month at our church we have a Lunch Fellowship. A group of ladies make the main course, and the rest of the congregation bring large salads and desserts. We chip in $2 a person to cover main course ingredients and the necessary foam plates, cups etc. What a delicious deal once a month!
~ * ~
I used to be a part of the Lunch Fellowship group making the main dish, but have recently resigned. It got to be a little too much for me and my compromised heart.
~ * ~
But I have been fortunate to have taken an exciting secondary role. I take pictures of everyone during the meal. These pictures are then posted on a computer screen and are slide-showed through for everyone to see.
~ * ~
Despite what EVERYONE says,
EVERYONE loves to see their picture up on the big screen. 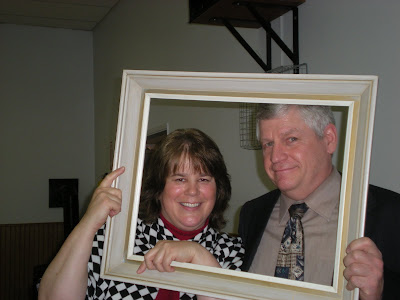 I am not a professional photographer ... as you can see ... but for the fun factor, pictures of events make it memorable. For this past Lunch Fellowship I purchased a picture frame at a thrift store for $3 and simply gave it to the person or persons who was going to be in the next shot. Here Hubby and I 'got framed' by another using my point and shoot camera. 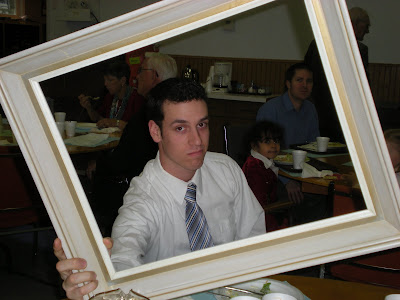 It was interesting to see what people did with the frame. Some held it straight like a traditional portrait, some held it landscape style to hold two people. Genius grabbed it with one hand and held it far away from himself for a different effect. 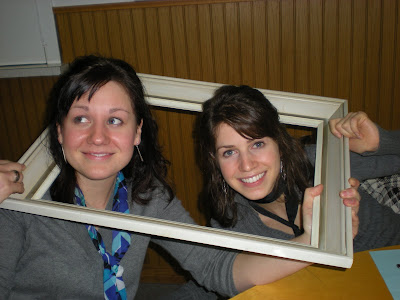 My crazy girls poked their heads right through for a fun image.
~ * ~
I will have to put my thinking cap on for a different idea for pictures next time around. I believe I took 67 pictures of the participants of the Lunch Fellowship this time, and not one was the same. I suppose that proves that we are all unique in our own way.
Posted by Lori at 2:49 PM 1 comment:

My three young-adult children lead very full and active social lives. I often envy them for the fun and interesting things they do with their friends. Recently they attended a 23 year old's birthday. Every year she holds a party in honour of herself and every year she tops herself creatively.
~ * ~
This year was a Murder Mystery. Three and half hours of intense mind work. Who is who? What clue leads to what clue? ... And all while in character.
~ * ~
Although I didn't get any pictures of the other participants, my three and Genius' friend dressed for the event here at our home, and I captured some of the pre-murder mystery thrill. 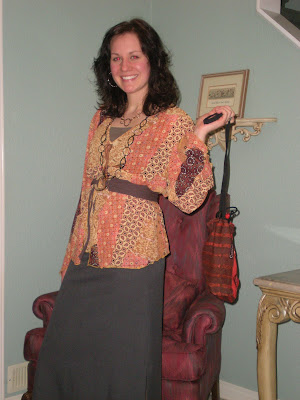 Dreamer was a Gypsy, but secretly she was a rich girl who had been put under a spell by a man and was running away to marry him. 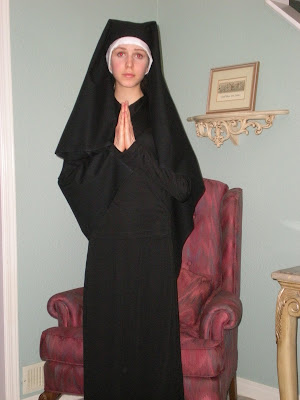 Johnnie-Girl was Sister Agnes but secretly she was the evil pirate Bloody Mary. 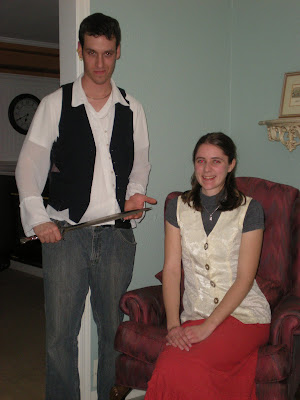 Genius was donned with the garb of Slippery Pete, a retired pirate ... but was secretly a Bishop. His friend was the character Maggie Brown. No secret identity. Just Maggie Brown. 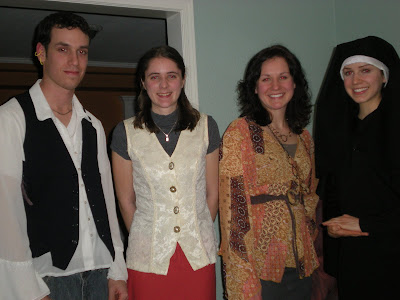 Alas on the opposite end of the spectrum are us 'old' and boring middle agers. Content with a few dinner parties and coffee times.