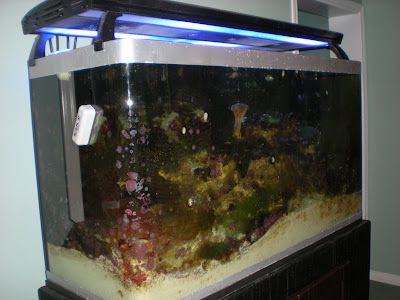 Amongst all the hustle and bustle, and tinsel and glitter of Christmas, the Genius decided to call it quits on the salt water fish tank that he put together many months ago. He had spent years in his mind planning and scheming and designing the ultimate tank. Then he constructed it over months to get all the right 'stuff' growing in it. It was magnificent! 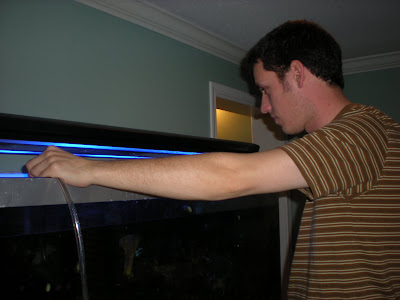 Then it was over. He had done what he set out to do,
and now it is on to the next project. 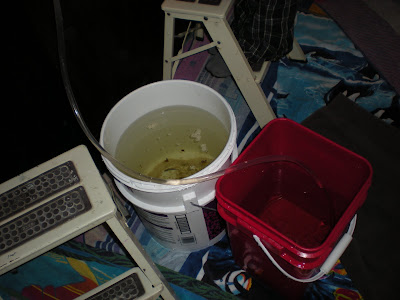 The water has been drained, siphoned into buckets and the fishy water added back to the great out of doors. It may spend the next few months as ice ... if salt water does freeze??? ... but then it will contribute back to the great scheme of things in nature. 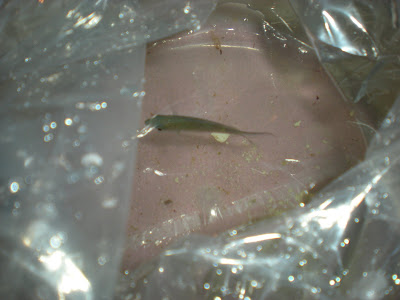 And the fishies? Like the one little guy swimming around in the plastic bag above? I am pleased to say that nothing was harmed in the ordeal. Anything alive was carefully bundled and taken to the pet store when it was originally purchased.
A new home is in their future.
~ * ~
You didn't think that I would post a sad story
during the Christmas season, did you?
Have a merry one
Posted by Lori at 5:17 PM

Email ThisBlogThis!Share to TwitterShare to FacebookShare to Pinterest
Labels: Genius