Mirror Mirror Off the Truck 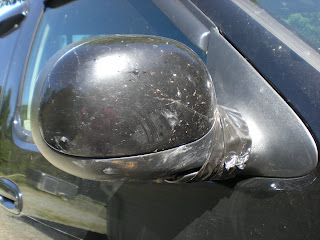 A few weeks back, Dreamer was returning from a friend's home late LATE at night.  It took about 20 or so minutes for the drive and for most of it a strange car 'rode her bumper' and followed her every turn.  The further into rural-ville she drove, the more she wondered what was up.
Finally she turned into our driveway and breathed a sigh of relief that the gate had been left open for her.
Our two dogs bounded out to greet her and all was well with the world again .... 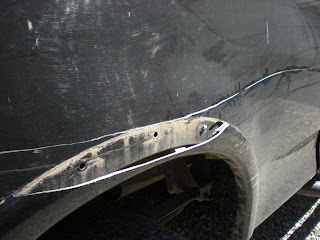 ... but just to be sure, she checked around her to see what had become of the 'follower' behind her .... 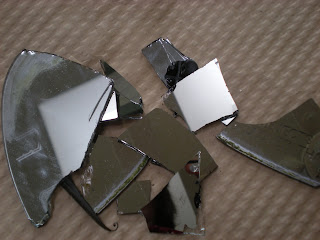 He had continued down the road, but Dreamer was left with a memory of that late night:
--A long scratch down the side of the truck
--A broken wheel well trim piece
and
--A broken side mirror.
$278 for a 'used' mirror replacement and we will look into a repair and possible new paint job in the future.
Yet we were so happy that she was safe.
A truck ain't worth very much
when compared to a priceless daughter

Email ThisBlogThis!Share to TwitterShare to FacebookShare to Pinterest
Labels: Dreamer