Acronym Use and Abuse - Part 2

Doctors have told us about strands of DNA in our body. Somehow I can stomach that, but strands of deoxyribonucleic acid ... ACID?  ... That sends shivers up my spine!
Back in our school days we endured PE - Physical Education.
A K9 would lick our face ... Okay maybe not officially an acronym.
We would write someone an IOU ... don't ask me why it wasn't IOY.  Can't people spell??? 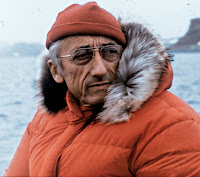 We watched Jacques Cousteau in his scuba gear.  Who knew that SCUBA is short for Self-Contained Underwater Breathing Apparatus?  Surely not me.
I thought that scuba was a word.
What about modern technological advances?  Most of us barely think about the "photographs" that I post on this blog.  A picture used on the computer is often called a jpeg - Joint Photographic Experts Group.  Huh???
CDs I play on my stereo
I quickly find answers by clicking on the FAQ link - Frequently Asked Questions
A metal box  gives me money at the bank - ATM - Automated Teller Machine
But don't forget to punch in your PIN - Personal Identification Number
If you seek to get a mortgage in Canada, you may be asked to confess your SIN - Social Insurance Number
You get what I mean.  They are everywhere to make life easier
Now is that a statement or a question?
While you ponder that, let's consider the new generation that comes along
with things like facebook
and creates their own version of the English language.
Pseudo-acronyms - Consisting of a sequence of characters which, when pronounced as intended, invoke other longer words with less typing ... You guessed it - INTERNET SLANG 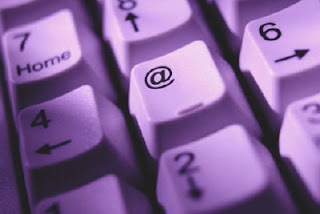 Bb - Bye, or goodbye
cuz - because
k - okay
Thnx - thanks
ITYS - I told you so
MEME - An idea that is spread among blogs
lol - laugh out loud
W8 - wait
WUH - What?
G2R - got to run
GBFN - Goodbye for now
Apparently writing complete thoughts in complete words in complete sentences
is entirely TME (too much effort).
~ * ~
I wonder what direction this is all heading.
Will future generations communicate in grunts and whistles?
Or will speech and written correspondence be a thing of the past?
I'd love to hear your thoughts.

Email ThisBlogThis!Share to TwitterShare to FacebookShare to Pinterest
Labels: Thought for the Day