Recently I attended a funeral of a man that I didn't know.
His name was Jakob.
He was born in the Ukraine in 1921 and he passed into glory via Abbotsford, British Columbia. 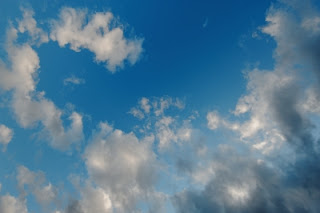 Image: federico stevanin / FreeDigitalPhotos.net
My dear friend, MaJa had the privilege of being his daughter-in-law.
I went to be there for her.
It was said that Jakob lead an amazing life.  Wounded in the war, captured while on his way to receive medical help, and as a prisoner was used by the Germans as an interpreter as Jakob was fluent in both German and Russian.
He outlived one wife, and was married to his second until his death.
The preacher commented on the fact that it was lucky for Jakob that God has promised us mansions in heaven as Jakob had so many children, grand-children and great-grand-children that will follow him there one day.

What a glorious thought

At 89 years old, Jakob was fraile and laboured to breath during his last days here on earth.
We were told that just before he died, his countenance changed ... one said that he looked 20 years younger ... he then smiled, waved and was gone.
This account gives me goose pimples ...
he was smiling and waving not at those at his bedside,
but to those that came to greet him on the other side. 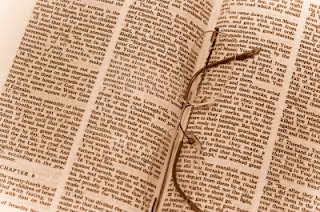 Image: Arvind Balaraman / FreeDigitalPhotos.net
2 Corinthians 5:8
We are confident, I say, and willing rather to be absent from the body,
and to be present with the Lord
Posted by Lori at 5:30 AM