And the Snow Came Down 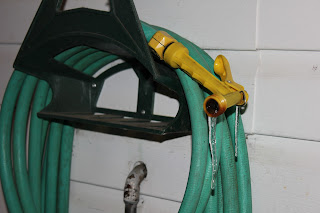 There was talk ... even a warning ... and it came.  Last night we received 6 - 8 inches of snow.  And as snow is known to do ... it covered everything.
Hubby woke early in anticipation of driving Johnnie-Girl to work. Her little car does not fare too well in the stuff.  But once she was out to the main road, away she went.  I haven't heard otherwise, so I imagine she is fine ...?
It was early in the morning when I attempted some snow shots ... Being quite the amateur photographer, they didn't turn out too well.  The lighted covered patio area , however, revealed this chilly sight ...  Note to Hubby:  The spray nozzle must be leaking. 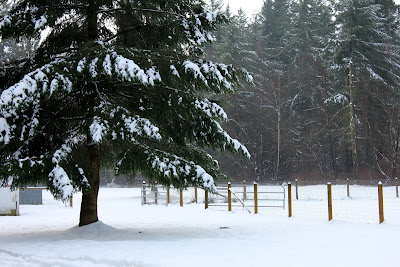 In the afternoon there were pretty snowy fields to admire 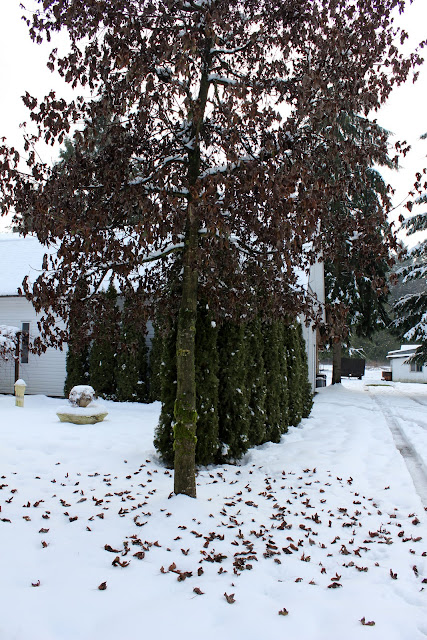 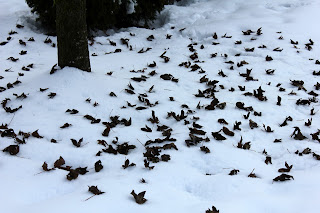 Notice the leaves ON TOP of the snow! 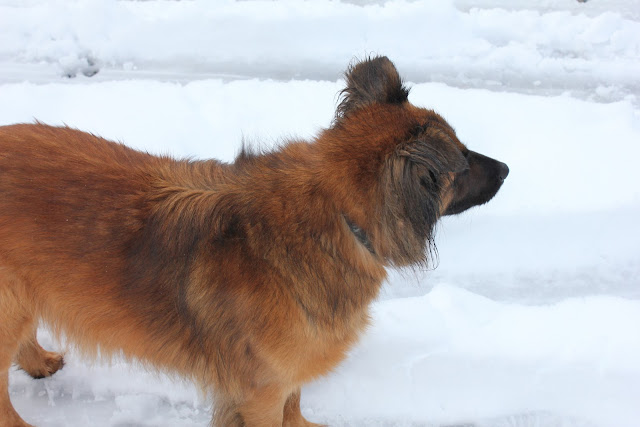 Matty loves the snow and wouldn't sit still for a portrait Evidence of a large predator?
Posted by Lori at 5:18 PM