The Story of Mr. and Mrs. Thing 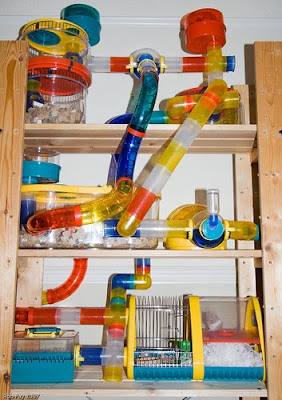 This story, that appeared in our church bulletin this past Sunday, provides a vivid reminder of a vital truth ...
Mr. and Mrs. Thing are a very pleasant and successful couple. At least that's the verdict of most people who tend to measure success with a "thingometer". When the "thingometer" is put to work in the life of Mr. and Mrs. Thing, the result is startling.
~ * ~
There is Mr. Thing sitting down on a luxurious and very expensive thing, almost hidden by a large number of other things.


And things on four wheels

Things don't last. They're going to pass. There's going to be an end to them. Oh, maybe an error in judgment, maybe a temporary loss of concentration, or maybe you'll pass them off to the second hand thing dealer. Or maybe they'll wind up a mass of mangled metal being towed off to the thing yard.
~ * ~
When it's time for bed, remember to put out the cat.

Make sure you lock the door so some thing-taker doesn't come and take your things.
~ * ~
And to think that someday when you die, they put only one thing in the box.
You.
Signed, Anonymous