During the holiday week ... between Christmas and New Years ... Hubby always takes a vacation.  A much needed vacation.  During that time he and I often ditch the kids and take a few adventures.  Don't worry, no kids have been harmed during these adventures ... In fact they have long since 'ditched us'. 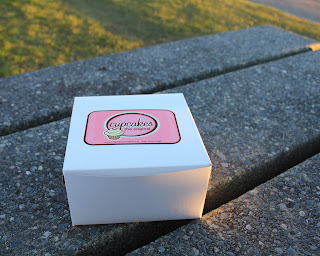 Anyway, after a drive out to White Rock ... I'll share those pictures with you later .. we found a Cupcake shop.  Yumm-O as Rachel Ray would say.
We held back our temptation to buy a box of 12 ...
This feat was contributed to sheer will power but was combined with the hefty price of these cupcakes ...
And opted to purchase just two. 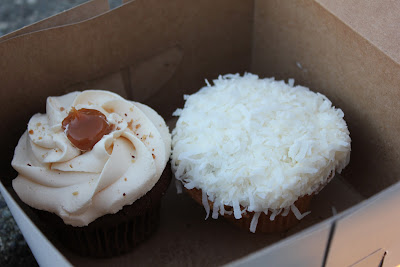 Mine was called CARAMELLA ... on the left
and Hubby picked a SNOWFLAKE cupcake 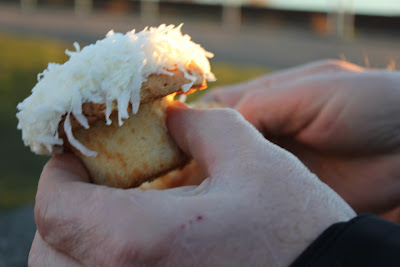 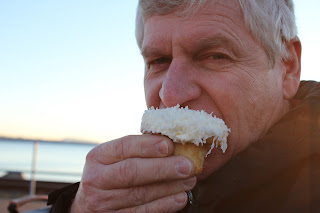 As Hubby tried his, I snapped a few pictures of the occasion 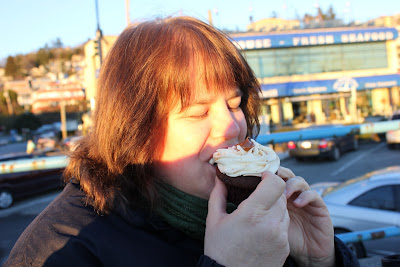 Soon it was too much for me to take, so I dove into my treat.
Well worth the $3.25 a piece.
Check out this short youtube video of the shop where we purchased the cupcakes
Cupcakes by Heather and Lori